Lighten clutch pulling, making half clutch easy to handle.
"Type 2" appears in AELLA for a long-selling clutch release.
Design was redesigned and it became even more compact. It looks similar to genuine, but internally structured "EVO" further evolved, improved so that the piston moves smoothly. We are improving the quality of operability.

The clutch release increases the piston diameter and reduces the operating force due to hydraulic pressure. As the operation of the clutch is lightened as well as the range of the half clutch becomes somewhat wider, severe operation is alleviated.

* Type 2 will be compatible with new models released after 2019. (Excluding Panigale V4)
Conformity will be renewed from time to time so please check.

■ Color
Red / Black / Hard *
* A new "hard alumite" was adopted instead of champagne gold.
Although the color of appearance does not change greatly, there is no worry of discoloration due to colorlessness. Also, because the hardness of the alumite surface is also rising, it is characterized by being rich in durability. (The gloss feeling decreases compared with other colors due to the characteristics of alumite.) 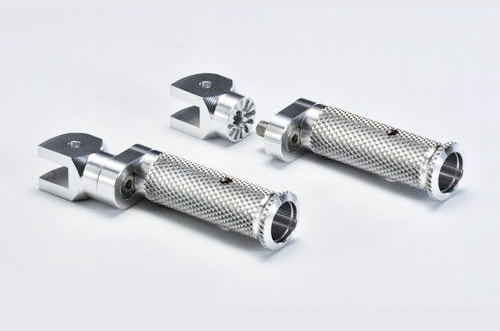